Terry Emmrich was born in Madison, Wisconsin and grew up in Neenah after his
family moved there in the late 50’s. He developed an affinity for art at an early age
and pursued this interest through high school and college. After graduating from the
University of Wisconsin-Oshkosh in 1981 with a Bachelor of Fine Arts degree in
drawing and printmaking, he moved back to Madison to work in the commercial
printing industry. It was shortly after arriving in Madison that he began an
affiliation with Andy Balkin and AGB Graphics Studio. The equipment and facilities
at AGB allowed him to continue with the linoleum block printing that had become
his medium of choice in college. In 2008 he was fortunate to be able to purchase a
printing press for his home, a purchase that also coincided with a shift in imagery
from what had been primarily figurative subject matter toward the natural forms
that comprise his most recent work.
For the past 31 years, Terry has been the production manager at The University of
Wisconsin Press. He lives in Madison with his wife Karen. 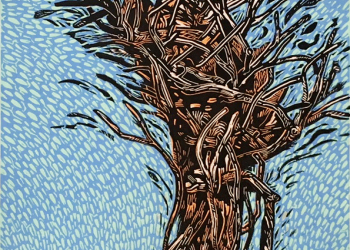 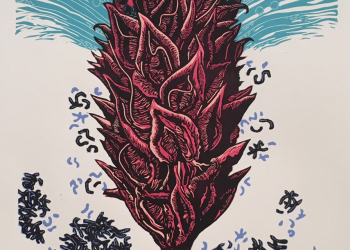 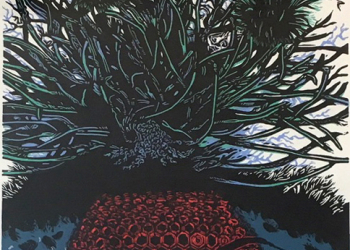 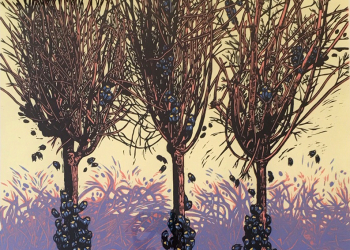 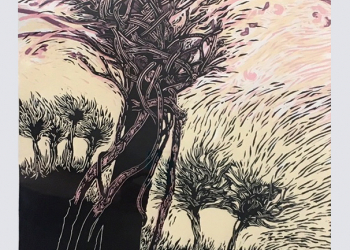 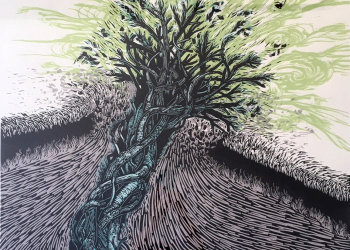