I was born and raised in Iowa. I have a BS in history from Weber State University in
Ogden, Utah, and an MFA in painting from Idaho State University in Pocatello, Idaho. I
taught as an adjunct professor at the University of Utah but primarily spent my working
life in a series of management positions, including Trade Book Manager at the
University of Utah Bookstore in Salt Lake City and Community Relations Manager for
Barnes and Noble in Seattle, Washington. In Utah I was represented by the now
defunct Left Bank Gallery and had a one person show at the Eccles Art Center in
Ogden, Utah. After moving to Washington, I showed in Seattle and Olympia, was
represented by the now defunct Leona Lisa studio in Tacoma and was the resident
artist at the Hotel, a trendy bar and restaurant. After 2001, because of a health issue
and conflicts with work, I stopped showing though I never stopped going into the studio
(and I have had two one person shows—at the Pat Clark Center in Iowa Falls, Iowa, my
hometown and at a gallery affiliated with Idaho State University—and have sold my
work privately), I continue to work for Barnes and Noble part time. I am married. We
have a dog.

I’ve never liked writing an artist’s statement. This may be because I have no idea why I
make art. Over fifteen years ago I made a decision to stop showing my work (with a
couple exceptions) but I never stopped creating it. I never stopped thinking about and
seeing my world as an artist and I continued to go into the studio every day. The
ceramist Tony Martin said that we make art because we are compelled to do so; we
have no choice. I think he nailed it.

About the pieces shown here: I have always taken lots of photographs, which I
reference as a sketchbook. I never take images directly from magazines, the internet or
any other mass media source. (OK, occasionally from TV but then I freeze the screen
and shoot it.) Everything is filtered and interpreted through my eye and my camera. I
assemble these images into a collage from which I create a picture. Though I work in a
variety of media, the pieces here are Prismacolor colored pencils, glazed and fixed. Of
course, they are autobiographical but I hesitate to put their meaning into words. The
sculptor Louise Bourgeois said that what she liked about being an artist was that she
could be secretive and an exhibitionist at the same time. Again, nailed it. I think the
viewer should find their own meaning and make their own interpretations without being
dictated to. There are no wrong answers. 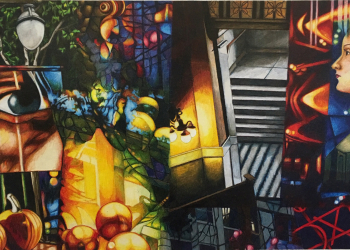 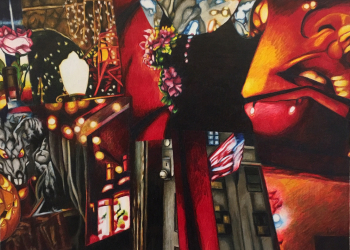 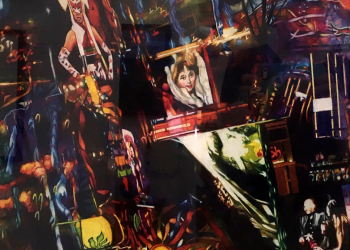 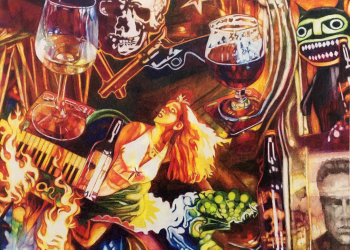 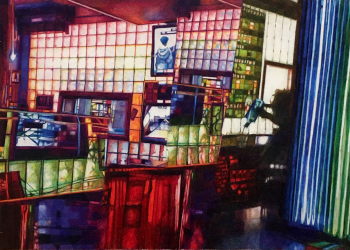 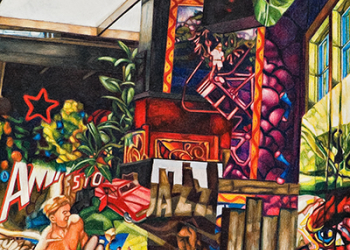 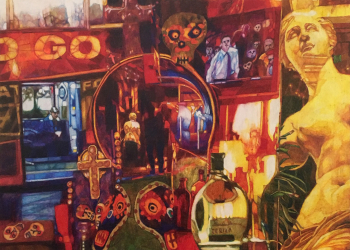 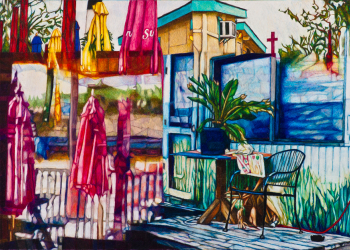 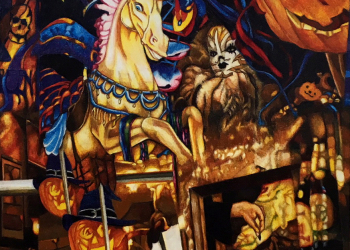